Located at 65 Brook Street, Muswellbrook. St James holds approximately 304 people. The first stone building of St James’ Church was erected in 1861 and consecrated by Archbishop Polding. In 1912 the original Church was demolished and rebuilt to accommodate the growing Catholic population of Muswellbrook. 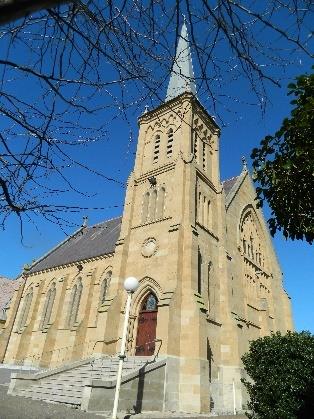 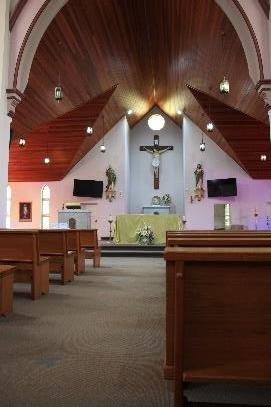 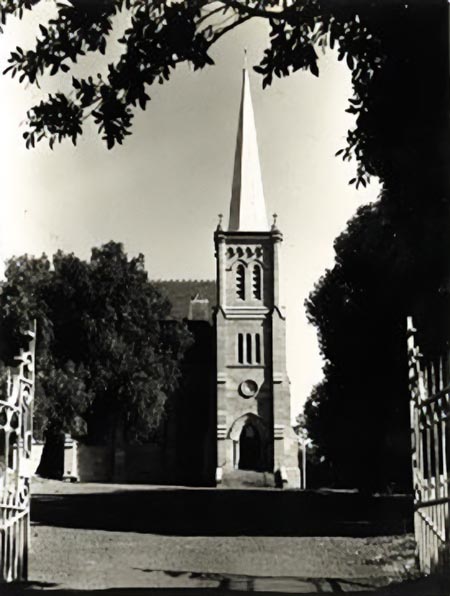 1841 is a significant date in the history of St James’ Church. The first grant of the land to the Catholic Church was made “on high land overlooking the township.” In 1845 the first stone of St James’ Chapel was laid by Fr John Lynch. It was to be built of brick on a stone foundation and was 53 feet long and 28 feet broad.

In 1860 the growth in population in the area made the need for a larger Church more apparent. Archbishop Polding laid the foundation stone for the new Church in February, 1860, and opened and consecrated the new stone Church in May the same year. The building served the Catholics of Muswellbrook until the present Church was constructed 50 years later.

Improvements were made to St James’ Church in 1882. A chancel, with a small sacristy and Nuns’ chapel on either side were added on the eastern end of the Church – originally a blank wall.

The dawning of the twentieth century saw Fr Roche, the Pastor of the Parish, realising the need for the building of a larger Church to replace the beautiful stone Church built in 1861 and added to in 1882. It could no longer accommodate the Catholic portion of the increasing population of Muswellbrook which registered 1895 in 1911.

In May 1911, the foundation stone was laid on the western side of the Church. The stone and the foundations were blessed by Bishop Dwyer. The Church built in 1861 was demolished except for the Sanctuary, Sacristy and Sister’s chancel which were incorporated into the new building. The Gothic design of the Church with its lofty tower promised an imposing building. The new St James’ Catholic Church was blessed by Dr. Dwyer, the Bishop of Maitland, and Dr. O’ Connor, the Bishop of Armidale on 8th December, 1912.

In 1978 a major restoration of the church took place. The 1882 additions were demolished and replaced by a larger sanctuary and two side transepts, as well as significant renovations to the Church’s interior to accommodate the increasing population. Bishop Leo Clarke rededicated and blessed the Church in August 1978.

100 years and counting. Centenary of the building of St James’ Catholic Church Muswellbrook 2012 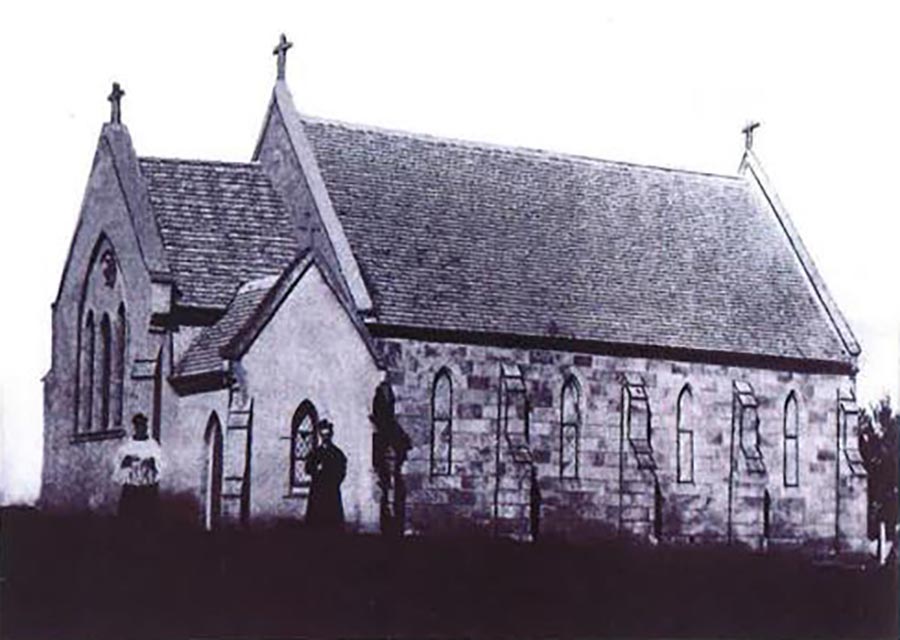 Restored Photograph of the 1882 Church 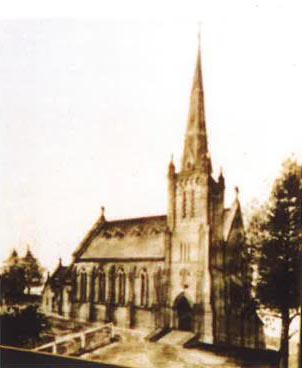 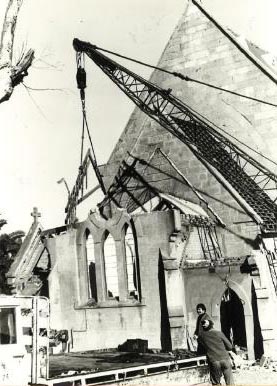 Finally, brothers and sisters, rejoice! Strive for full restoration, encourage one another, be of one mind, live in peace. And the God of love and peace will be with you.
2 Corinthians 13:11
DailyVerses.net
Page load link
Go to Top